The Catholic Faith Community of
St. Anthony the Abbot Parish welcomes you!

As you look through the pages of our website
you will see evidence of a vibrant Catholic community.

Our Church needs your help!

Our parish now provides "Online Giving"
When you participate, your gift will be securely transferred directly into the parish bank account.

RECONCILIATION
Saturday: 10:00 AM -11:00 AM.
Confession also available by appointment.
(For appointment, please contact the Parish Office)

SACRAMENT OF THE SICK
Anointing after Masses or upon request.
(For request, please contact the Parish Office in advance) 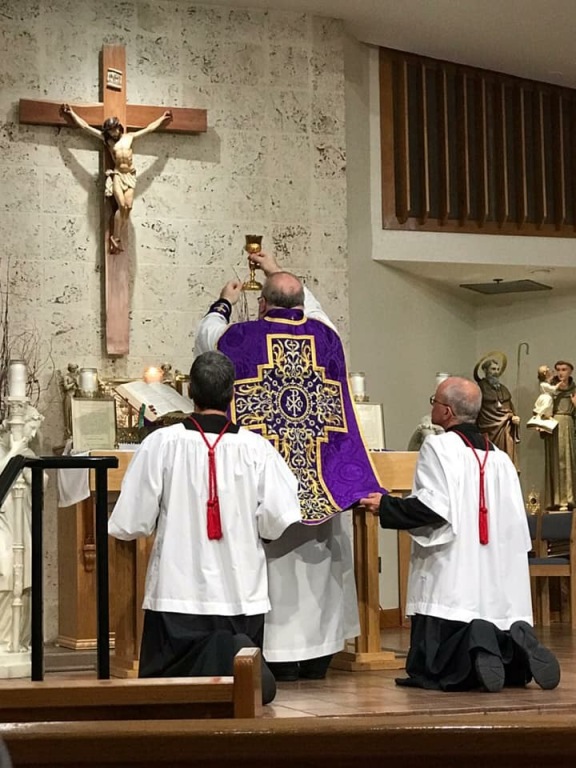 Join us for LATIN MASS

"I hereby announce that the general dispensation from the obligation to attend Mass on Sundays and Holy Days for Catholics in the Diocese of St. Petersburg will expire on the Vigil of Pentecost, Saturday, May 22, 2021. Instead, I will issue some particular dispensations for the faithful who may find themselves in specific circumstances."

The general obligation to attend Mass on Sundays and Holy Days of Obligation (including the Vigil Mass at 4:00 pm or later on the previous day) is to be reinstated in the Diocese of St. Petersburg, effective Saturday, May 22, 2021.

Considering the necessity of being physically present with our brothers and sisters at Mass on Sunday and Holy Days of Obligation for the Eucharist, Bishop Gregory Parkes asks Catholics to make a sincere judgment about whether or not these circumstances apply. If there is doubt or confusion, consult your parish pastor for clarity.

While the general dispensation is removed, there are specific instances where the dispensation will continue. One does not have an obligation to attend Mass on Sunday in the following circumstances:

1. You are ill, or your health condition would be significantly compromised if you were to contract an infectious illness (i.e., you have underlying conditions or are in a high-risk category). Please use the dispensation and do not attend Mass.

2. You exhibit flu-like symptoms. Please use the dispensation and do not attend Mass.

4. You care for the sick, homebound, or infirmed.

6. Those 65 years of age or older (per the CDC's recommendation of high-risk individuals).

7. You cannot attend Mass through no fault of your own (e.g., no Mass is offered, you are infirmed, or, while
wanting to go, you are prevented for some reason you cannot control (e.g., your ride did not show up, the church was at capacity).

8. If you have significant and reasonable fear or anxiety of becoming ill by being at Mass.

These categories will be reviewed in due course and revised as needed.

Those who do not attend Mass must still observe the Lord’s Day and are encouraged to spend time in prayer on Sunday, meditating on the Lord’s passion, death, and resurrection; an excellent way to do this is through participating in a broadcast/live stream of the Sunday Mass.

For more information or to view Bishop Parkes announcement, go to https://www.dosp.org/bishop-gregory-parkes-announces-catholic-mass-obligation-to-resume-may-22nd/ 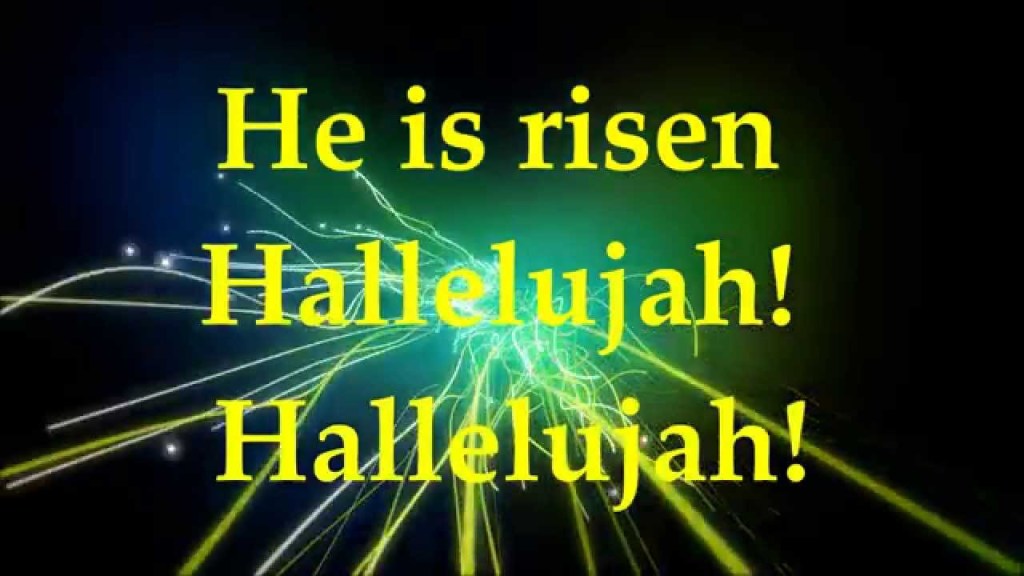 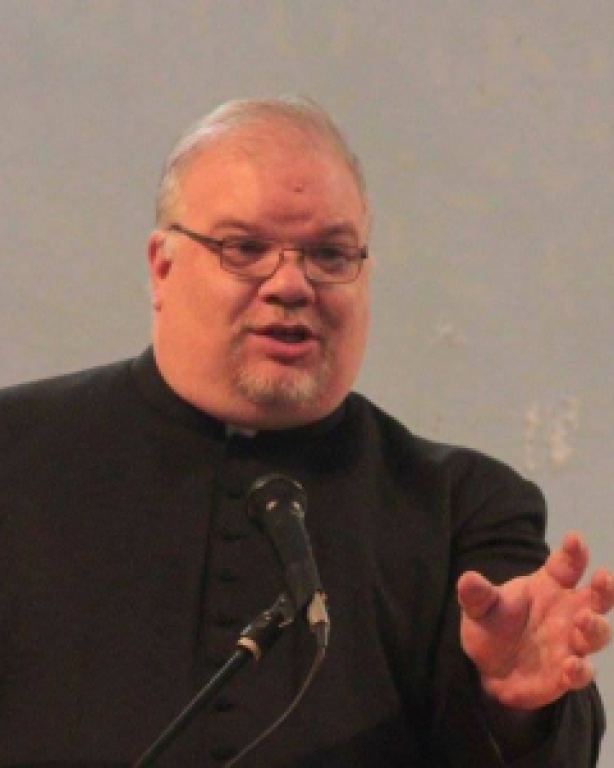 My Dear Friends in Christ,

He Is Risen, Just As He Said ~ Alleluia!

Moral right and wrong are not up for grabs; they are the laws that God has written into our human nature. Lying, stealing, murdering, cheating - sins like these damage our lives and societies, just as putting sand in a car's engine will damage the car. Human nature was made to run on moral truth.

St. Ambrose, the famous bishop of Milan back in the 300s, understood this so well that he put his life on the line because of it. In those days, the Emperor was all-powerful. He made the laws, enforced the laws, and judged the laws - no supreme court or popular elections served as checks and balances. In the year 390, the Christian Emperor Theodosius abused this power.

A mob in the Greek city of Thessalonica rioted and tragically murdered some of Theodosius's officials.    Theodosius lost his temper and ordered the army to massacre seven thousand citizens of the city. He arranged for a special event in the stadium, then barred the exits and let his soldiers loose. This was an obviously unjust punishment for the crime.

When St. Ambrose heard about it, he wrote a letter to the Emperor requiring him to repent and do public penance, or all the churches would be closed to him. Theodosius's advisors encouraged him to ignore the bishop's orders, and maybe even appoint a new bishop - after all, Theodosius was the Emperor, not Ambrose.    Ambrose, too, was under pressure - offending the Emperor was risking not only his office, but also his freedom and his life.

Nevertheless, he insisted that Theodosius repent from his violation of Christ's moral law before coming back to the sacraments. After a month of hesitation and brooding, with the whole Roman Empire holding its breath, the Emperor did just that. Christ is our Savior, but He is also the Lord, and His law is to be obeyed, even when it's uncomfortable.

We are the lucky ones, because we know that Christ is both Savior and Lord.  But what about those around us who haven't found Christ yet, who don't have a friendship with Jesus? They are searching for a Savior, and they need a Lord.  How can we help them find what we have found?

Through the three W's: our way, our words, and our works. First, we can help others discover the goodness of God by the way we treat them. Think of how Jesus treats us in the Eucharist. He is so gentle, mild, humble, and faithful. We should be like living Eucharist for those around us.

Second, we can help others find courage to follow the Lord by our words.  The Letter of James reminds us that the person who tames the tongue has reached perfection. We receive Jesus himself, our Lord and Savior, in our mouths at Holy Communion. And so, how can we then go and use those same mouths to criticize, gossip, wound, and defame? If we rather use words to encourage, guide, and inspire those around us, they will more easily hear God's call in their hearts.

Finally, we can lead others to the Savior through our works, the things we do. The New Testament tells us that whatever we do, we should do it for God's glory. From folding laundry to running a multi-national corporation, our activities are opportunities to show God that we love Him, by doing everything in a way that would be pleasing to Him. Every day gives us new opportunities to spread Christ's salvation and lordship into hearts that desperately need Him.

He is Truly Risen! Alleluia Alleluia! 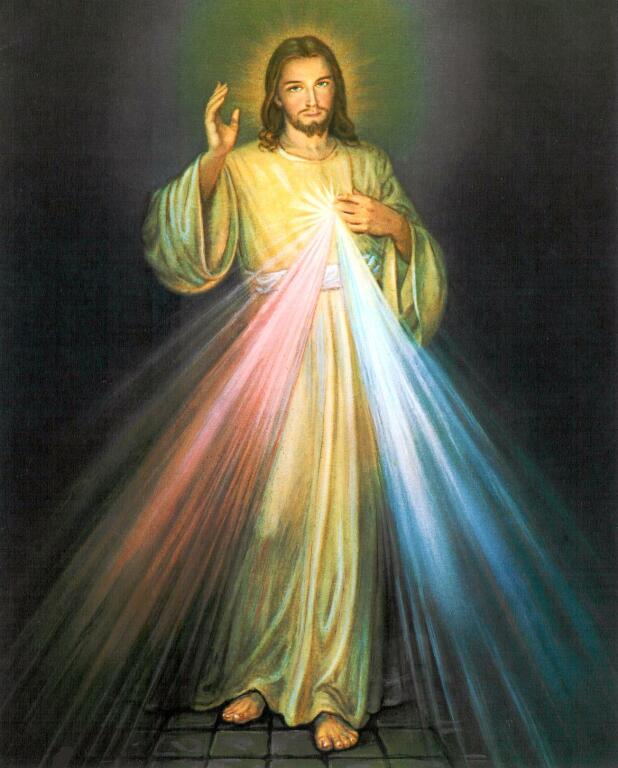 In an effort to keep us all spiritually close while we are physically apart, we are livestreaming Mass with Fr. Pecchie from St. Anthony The Abbot, daily at 8:00 a.m. EDT, and every Sunday at 10:00 a.m. EDT.

Thank you all. Please continue to keep safe and well, and

may God bless you! 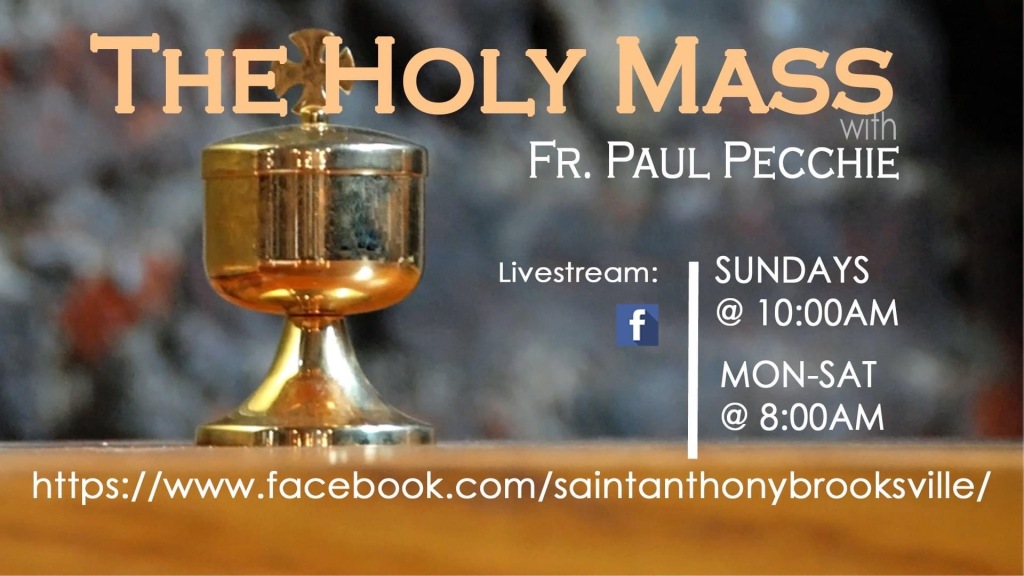 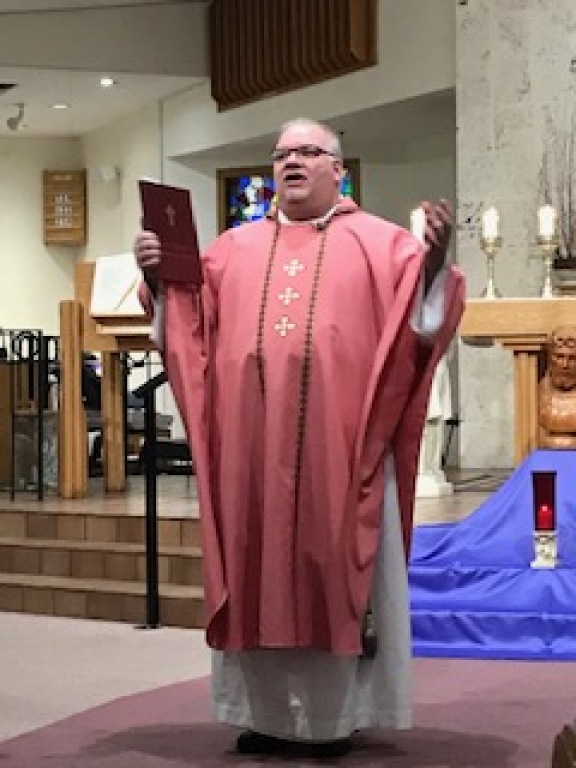 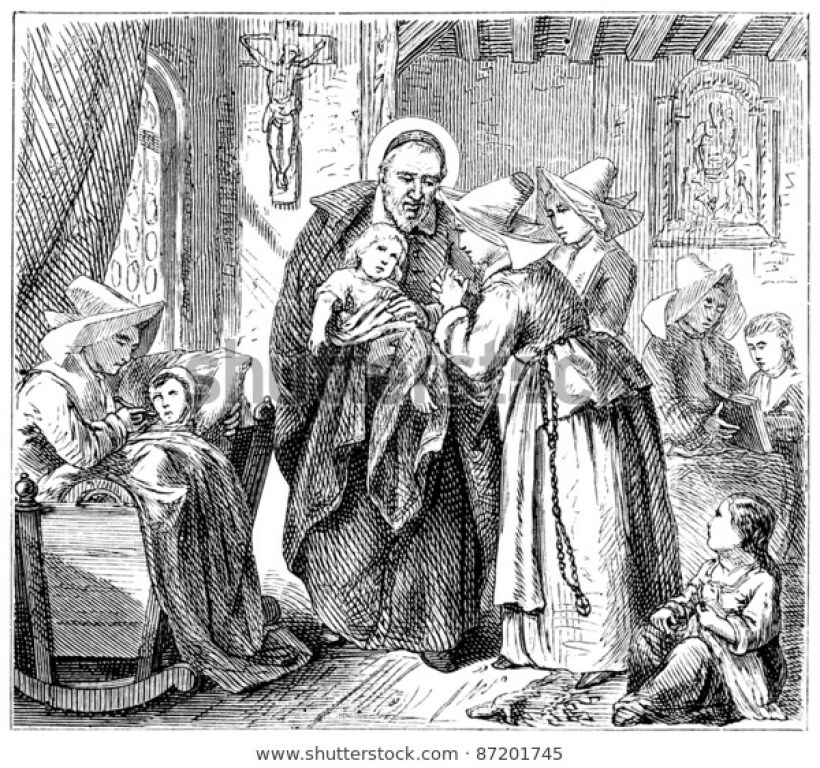 For those in need...

Looking for the perfect  place to host a special event?

Call our office for more information

Subject:  With a Father's Heart (Apostolic Letter on St. Joseph) 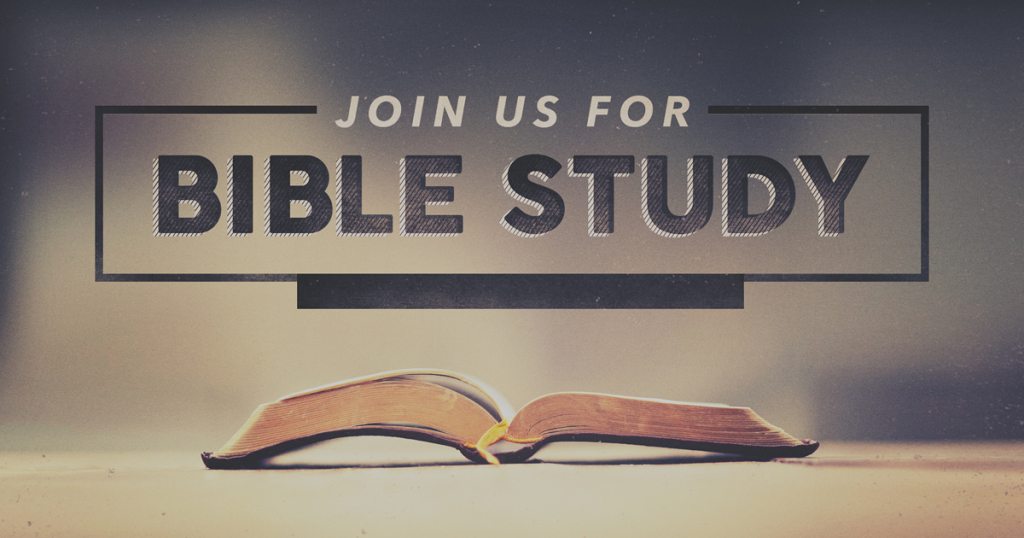 How do you deepen your relationship with Jesus? By spending time studying God's word in Scripture.

The Bible is our Soul's GPS to lead us to God in a deeper relationship and the roadmap to heaven. WARNING:  Bible usage can be habit forming. Regular scripture reading can cause loss of anxiety and fear, and possible loss of appetite for impatience and anger. Symptoms include:  increased love, joy, peace, patience, kindness, goodness, faithfulness, gentleness, and self-control. If SYMPTOMS PERSIST, just "PRAISE THE LORD!"

If you or someone you know would like to learn more about the Catholic faith and what it means to be Catholic, please call Michele in the parish office, Tuesday - Thursday

Monthly IN PERSON:  One Saturday after 4:00 pm Mass

in the parish hall 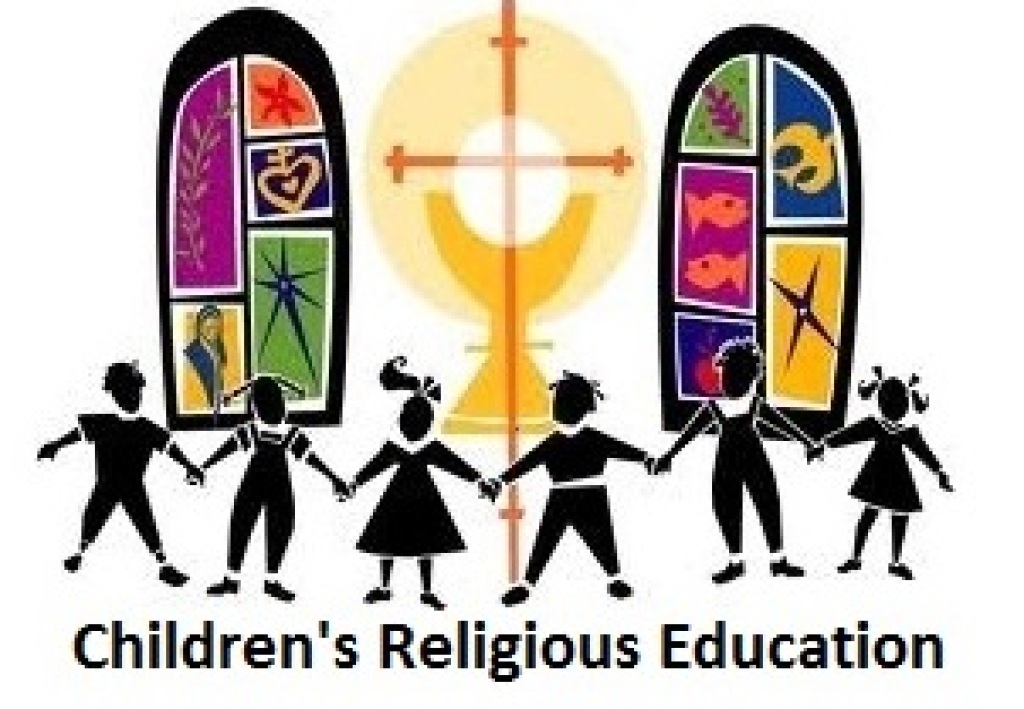 First Sunday of each month

(balance of the month is home study)

(Pizza available for purchase at 6:00 pm)

WINE and the WORD - Ongoing

WINE and the WORD 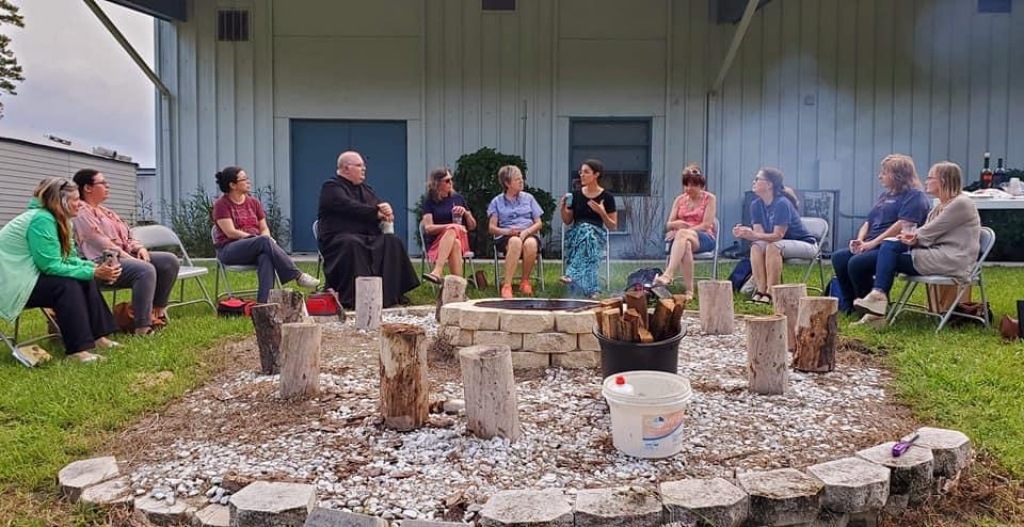 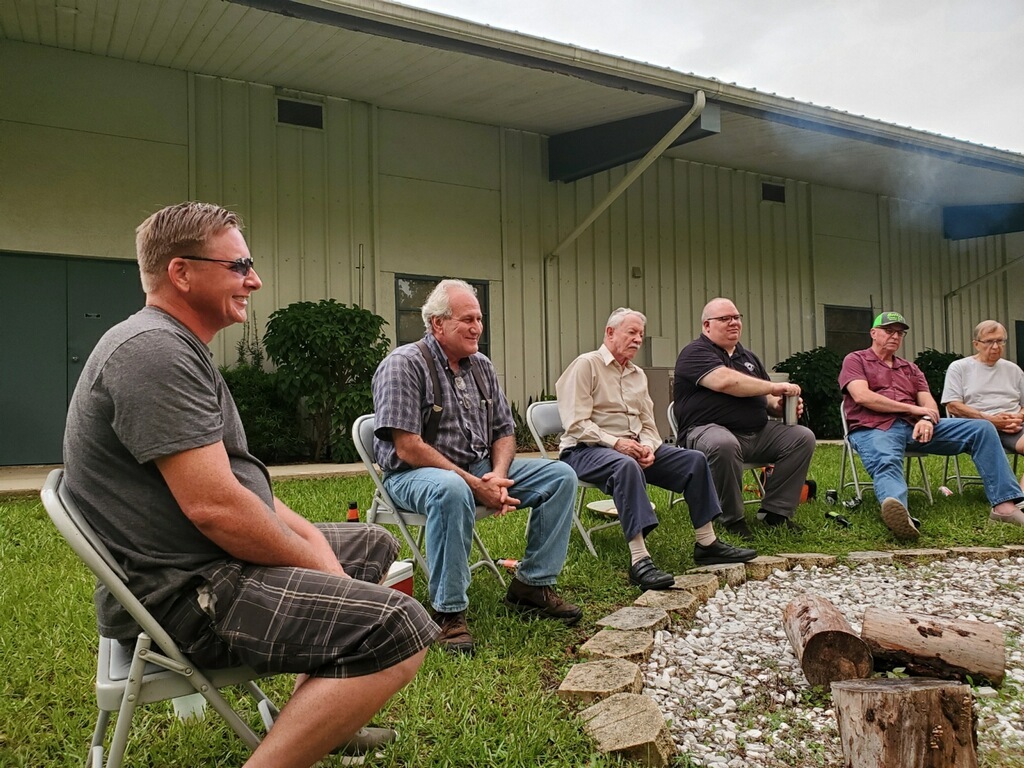 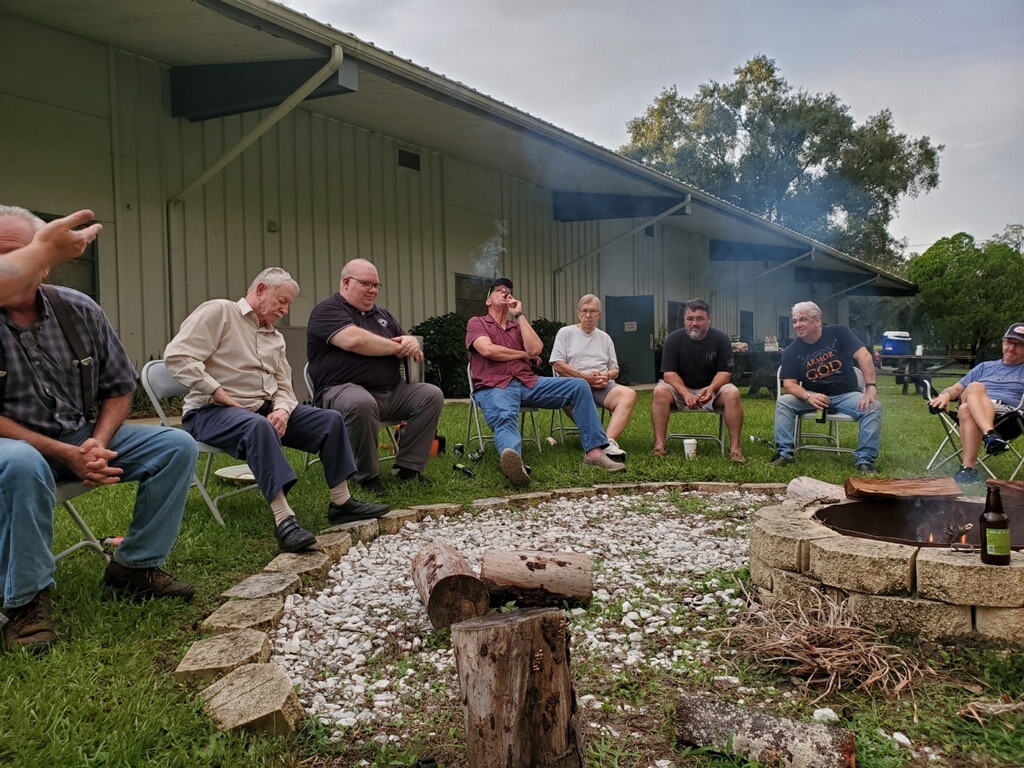 Learn more about your faith in a comfortable atmosphere 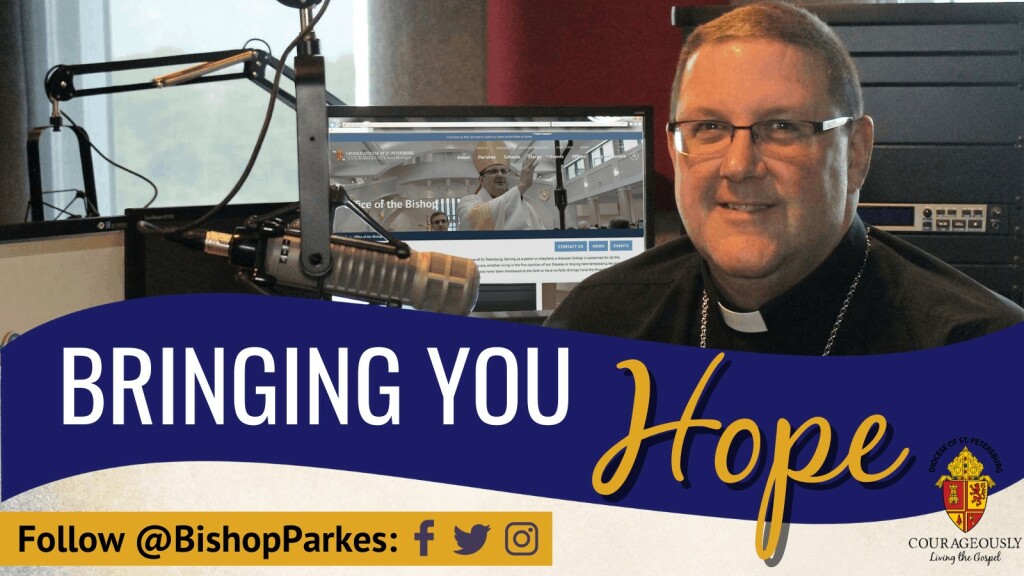 Did you know that Bishop Gregory Parkes is on YouTube, he has a radio show, and he records a Sunday Gospel reflection each week? Through media, he shares the hope of Christ with thousands of people each week. You can hear uplifting information about our Catholic community and also learn more about what our faith teaches on relevant topics. Take some time to connect more with your faith by connecting with Bishop Parkes.

Click on the link below to take advantage of this 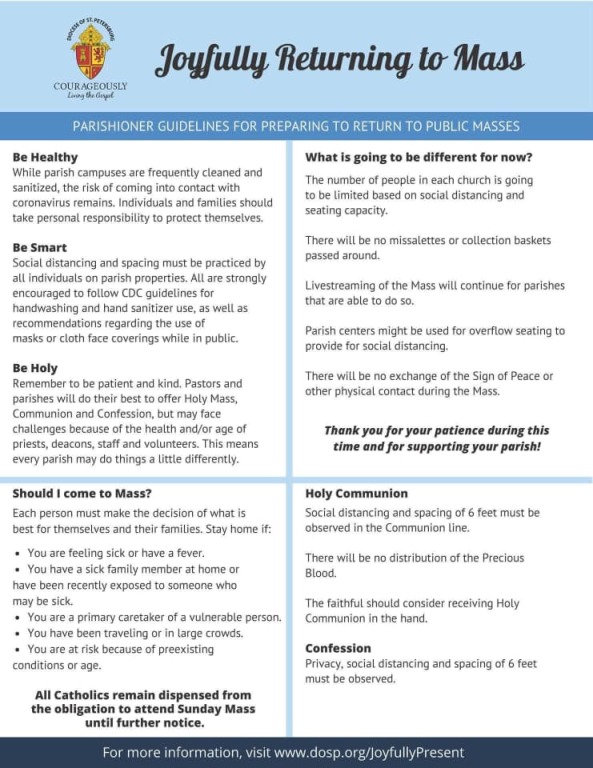 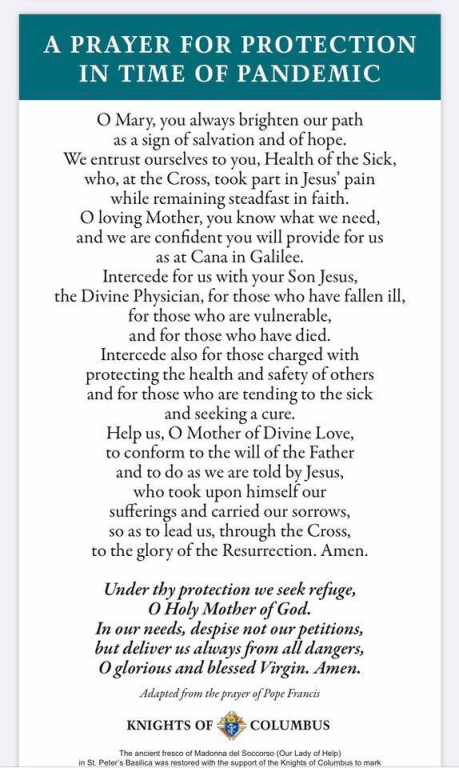 Please check back for updates. 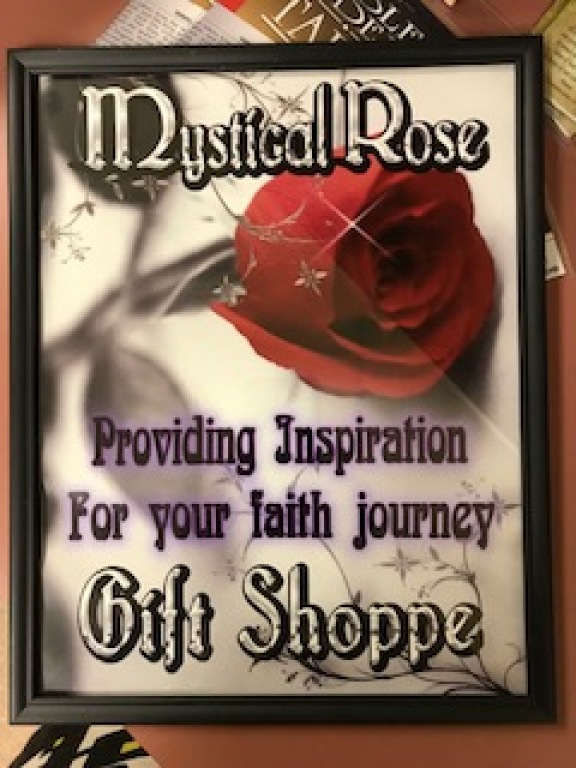 Visit our gift shop for items of inspiration. 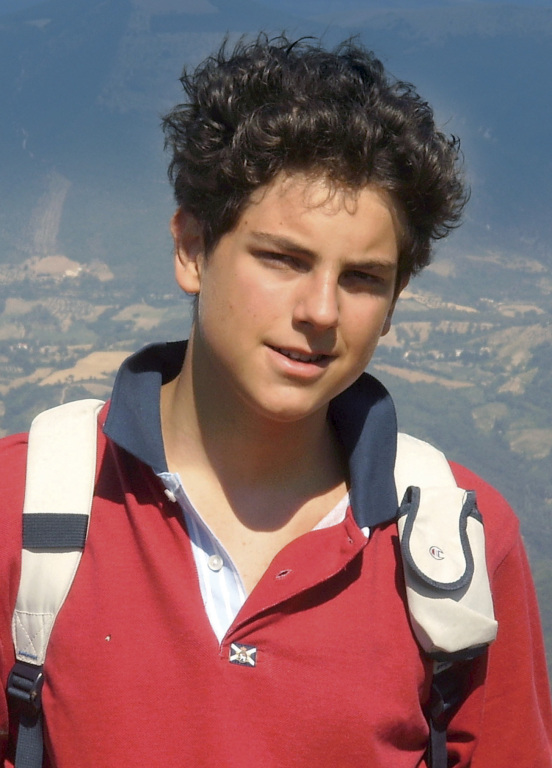 2.  “The more Eucharist we receive, the more we will become like Jesus, so that on earth we will have a foretaste of heaven.”

3.  “By standing before the Eucharistic Christ, we become holy.”

4.  “There are people who suffer much more than me.”

6.  “Do not be afraid because with the Incarnation of Jesus, death becomes life, and there’s no need to escape: in eternal life, something extraordinary awaits us.”

7.  “Jerusalem is right on our doorstep.”

8.  "All people are born as originals but many die as photocopies”

12.  “The more Eucharist we receive, the more we will become like Jesus, so that on this earth we will have a foretaste of heaven".

14.  “Our soul is like a hot air balloon. If by chance there is a mortal sin, the soul falls to the ground. Confession is like the fire underneath the balloon enabling the soul to rise again. . . It is important to go to confession often.”

15.  “I am happy to die because I have lived my life without wasting a minute on those things which do not please God.”

16.  “Our goal must be infinite, not the finite. The infinite is our homeland. Heaven has been waiting for us forever.”

"FORMED.org" THE BEST CATHOLIC CONTENT - ALL IS ONE PLACE!

We are excited to announce that our parish has subscribed to a dynamic new online platform called FORMED. Every parishioner will have 24/7 access to the best Catholic content on any device, including your computer, smartphone and tablet with internet access.

Here’s how easy it is to get FORMED: Go to www.FORMED.org. You should see the registration box for parishioners. Type in the parish code 4KR96N (case sensitive). Set up a username and a password. Now you are all set to use the many great programs on FORMED.org anytime by simply logging in.